Inside Griffin Park For The Albion Win

Jim Levack, who has been covering Brentford Football club for the Middlesex Chronicle and Press Association since 1984, is one of the few journalists given access to Griffin Park for the remaining fixtures. Here’s his account of the West Bromwich Albion match.

As the great Peter Gilham and, I think, Charles Dickens once wrote “it was the best of times, it was the worst of times”.

Three points taken from the league leaders, a display of controlled aggression, desire and technical flashes of genius, momentum is now very much on our side. 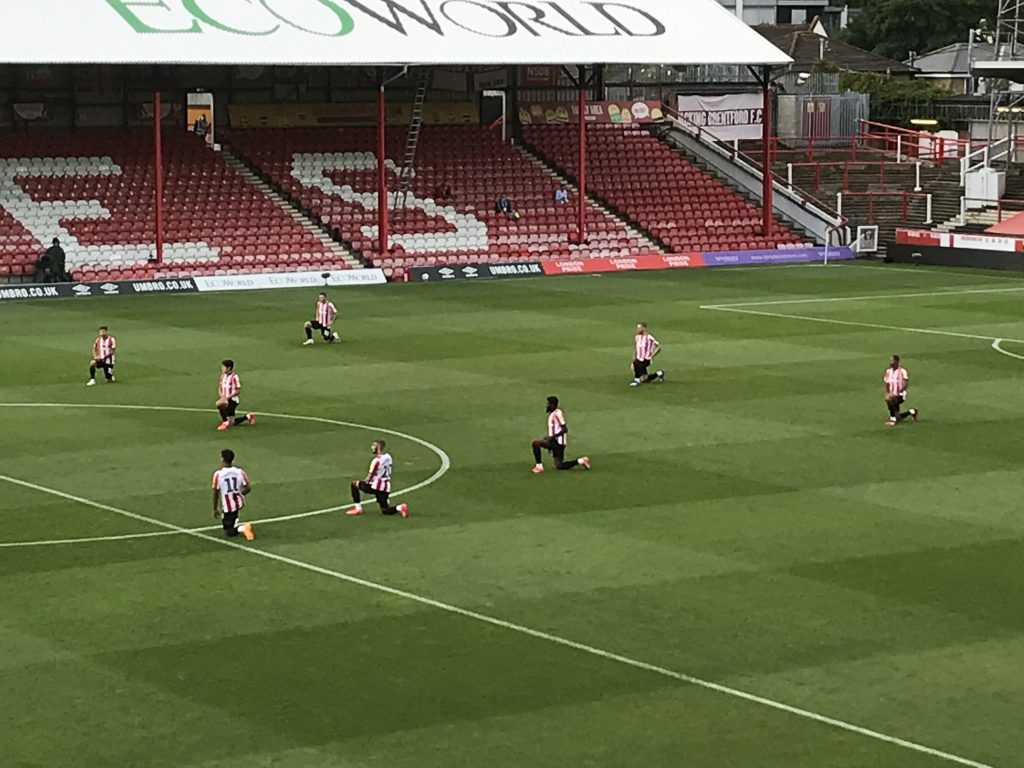 This Brentford squad is without a shadow of a doubt the best I’ve seen in 50 odd – and some of them have been very odd – years.

But without fans, this win, historic in many ways, was also the strangest experience I’ve ever had in a stadium that’s a spiritual home to us all.

That it didn’t worry the players is a tribute to them. They are deep in the zone and the spirit of togetherness that you could see and hear without the distraction of partisan fans was palpable.

This was football in its purest form stripped of crowd-charged emotion. But more important than that, it was a display of power forged by a strength that only unity and shared vision can bring.

Simply, if this side bettered only once or twice this season doesn’t go the whole way, then the football gods are as guilty of ‘big club’ bias as swathes of the media. Simpler still, their football deserves to grace the Premier League.

Park the football for a minute because we should have no concerns that this squad – Tariq Fosu-Henry and Shandon Baptiste look like they’ve been playing the Championship for years – will be in there at the shake up come July.

That sounds weird, but not half as weird as watching football in an empty ground.

The only clue to a game being staged as I made my usual pilgrimage was the floodlight cutting a light shard through the pre-match shower.

No queues, no battle to park, no raucous, excited hordes outside the Griffin, into a deserted Braemar Road save for a dad and his young son desperately seeking tickets to a game for which none had been printed.

Temperature checked, medical form filled out, face mask tightened and it was into the ground along a specially created corridor. No crackle of anticipation greeted me, no laughter of old mates meeting up for the first time in a couple of weeks over a beer on the forecourt. No joy.

A friendly face. Tunnel Manager Jeremy, eyes smiling beneath his covering, was waiting pitch-side to guide me to my isolated perch, wonderfully just a few rows back from where my old man used to sit. I wondered what he’d have made of all this.

Both sides went through their warm ups, all mentally attuned to the job in hand.

This was work now, a job to do and as far as Brentford are concerned they know the fans are there in spirit, allowing them to focus on the task at hand. They would scour social media for the plaudits later.

Peter did his damndest to make it as normal as possible, invoking the roar of the Bees faithful from armchairs around the planet with his announcement of the team onto the pitch with gusto.

But only after perhaps the most poignant moment for me, as an acoustic version of Hey Jude echoed around the empty stands… with no one to join in the chorus.

The game underway, the sterility of the situation barely improved but it was a chance to watch in close detail the chemistry that bonds this very special squad and the beauty of their passing between the lines into pockets of space. Pass and move. Mesmeric.

Pontus Jansson’s booming instructions to team-mates, often using their full name, Rico Henry’s impassioned pleas for the ball on the overlap, David Raya’s praise for Ollie Watkins in a defensive situation. All well-meant and accepted with grace, these things are the ties that bind.

This is a humble side connected to its absent fanbase, its managers and directors, who were – I’m delighted to say – increasingly loud in their backing as the game neared a finale that wasn’t as nail-biting as it might have been with a packed house.

They clapped and shouted just like the Ealing Road or Paddock – perhaps without the close contact shenanigans that always make me smile – as Ollie poked home the winner.

For me, surrounded by mostly dispassionate media, it was a bitter sweet moment. No elation, no leaping, no sudden surge of adrenalin. Just a clenched fist and “yess, get in” beneath my mask. 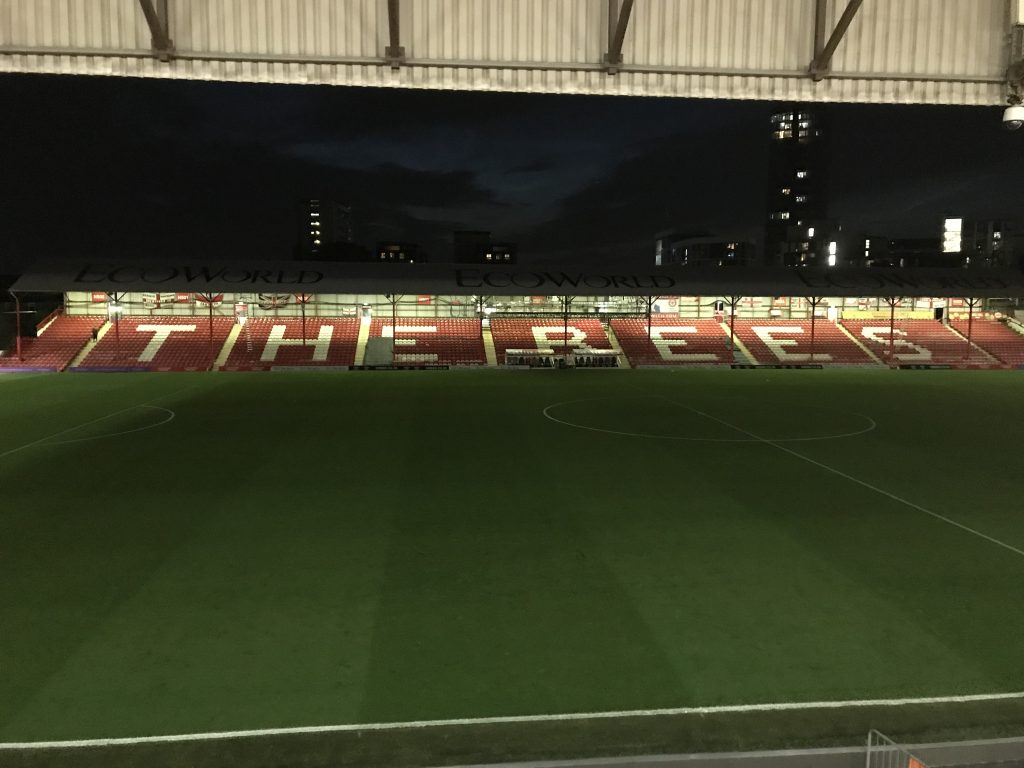 I was reassured to hear the classic “come on lads, last 10” as we neared the end. Nice to know the emotions of football at this elite level are the same as you’d find on a Sunday morning in Gunnersbury Park.

At the final whistle, there was no release of emotion. I filed my report to the Press Association and went in search of the thing I’d missed all evening. Human contact is what we all crave because a win you can’t share is a hollow sensation.

I’d resigned myself to Sheffield Wednesday being my last home game and with the passing of time over the last few months, there was something wonderful about that.

The privileged opportunity of returning to Griffin Park one last time was too good to turn down and piqued the journalistic intrigue in me. But trust me, it’s by no means an addictive experience like Saturdays or Tuesdays usually are.

I’ve always felt that a technically gifted side like Brentford would be better equipped than most to cope with the new stadium normal. I’m even more convinced of it now.

But if there’s a choice between watching the run-in on TV with piped sound or going to the game, then I can assure everyone the settee and a beer is by far the better option.

As I wandered out of the ground, possibly for the last time, I was struck by the feeling that this could be it. The last goodbye.

But somehow, I know the club will do the right thing when we can all be together again. There will be emotions of a very different kind that day. It will be the best of times once more.