Beesotted’s very own spreadsheet winker Will Allsopp takes a look at what the numbers say about Brentford’s performance over the season and asks the question – compared to last season, are the Bees overperforming or underperforming? You can catch Will weekly on the Beesotted Podcast. On this week’s pre QPR match show he analyses the Barnsley game.

It’s always good to take a overview of how Brentford is doing around this time of the season before the madness of April and May sets in. So I thought I would have a look at how the Bees have performed so far this year, compare it to the previous years and see how our performances and results match up.

A quick note for those who may not be aware of the terminology, and apologies for those who already understand, football analysts use a number of factor including expected goals (xG) as a barometer as to how many goals a team could score in an average game.

A big chance is a goal-scoring opportunity which has – over time – had for example 60% similar recorded chances hitting the back of the net (or 0.6 xG). An example of this would be an Ivan Toney 6 yard tap-in.

Then there is the 30 yard screamer from the outside of Josh Dasilva’s left boot which has been documented than only 5% of similar chances over time have actually hit the back of the net (0.05 xG).

Add up all the xG chances per match and you the overall xG for that match.

Are we better or worse than last year?

Are we going to go up?

The Bees have the highest average xG for and the lowest average xG against (opposition average) in the Championship this season. They also have only had a lower xG than their opponents six times meaning looking strictly at the numbers, Brentford should have lost six times this season (we have actually lost four matches).

However, looking at the season the Wycombe game has clearly pulled Brentford’s average xG up. And The Bees have broken the 3+ xG barrier only once apart from that fixture – in the 2-0 home win against Coventry.

This isn’t to say that you need really high xG to perform better than your opponents,. You need to create more big chances than them which also means your defence plays a big part in how you perform overall. The Bees’ defence have kept things incredibly tight at the back which is especially impressive when you consider the chopping and changing at centre back this season.

Of course, making big chances doesn’t always mean you’ll win a game and people will rightly point out that only goals win you games. However, the more big chances your team creates will certainly give you a bigger opportunity to win more chances.

It’s also good to remember that every goal scored is a combination of luck as well as the skill of the player taking the shot. So an incredibly skilful player would be more likely to score a particular chance than if that same chance fell to his less able colleagues.

In our fixture away at Watford, the Hornets produced the highest xG against the Bees so far this season – 2.44. The caveat to this was that Brentford played a large chunk of the game with 10 men so you would expect there to be bigger chances for the likes of Troy Deeney and Ismaïlla Sarr.

The Watford game pulls up the opposition xG average substantially. Brentford have only conceded more than 1 xG five times this season. So, most of the time, they ‘only’ need – on paper – to score one goal to win a game.

By comparing this season to the previous campaign, we can see overall Brentford have both a better attack and a better defence than last time out. In the 2019/20 season the Bees had an awesome season up front. BMW were on fire. And there were plenty of matches where our xG created exceded 3. However, that season there were also more games where The Bees created less than 1 xG.

This suggests that Brentford are more sustainable this year. Rather than blowing teams away one week and then losing 1-0 the next, they are grinding out positive results more regularly.

This is one explanation for the excellent unbeaten run which they have recently enjoyed. They are allowing the opposition xG to spike upwards less and not allowing their own xG to fall as low.

Yes the Bees lost to Barnsley. To be fair, in principal statistically the Bees were due a loss. But there is no reason why they can’t (as Mark Warburton would say), go again.

Does this mean Brentford will go up?

The answer to that lies in the performances of the other top six teams and how those compare to theirs.

It also depends a lot on luck and the skill of Brentford’s players to convert any chances that come their way. As much as it is great for the team to create a plethora of high quality chances, if they don’t convert them it means nothing.

But looking at the numbers so far. As long as they do not get a streak of bad luck, such as an injury to a key player or continually hit the post when it is easier to put the ball in the back of the net, let’s just say I am feeling quietly confident about Brentford this season. 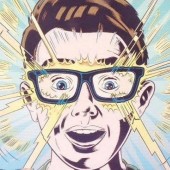